Ian Boccio and the Spirit Messengers

Check out chantlanta.org for more information!

Ian Boccio and the Spirit Messengers 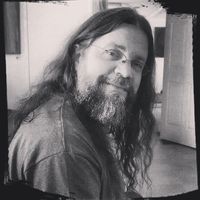 Based in Atlanta, Georgia (USA), Ian Boccio is fully absorbed in his mission to facilitate the consciousness expansion of humanity as a whole. He has been the chant leader, composer, and business manager for the mantra music ensembles Blue Spirit Wheel and Bhakti Messenger, and now is stepping out as a solo artist who tours around the U.S. bringing bhakti and mantra experiences into diverse communities. Ian has collaborated with many yoga teachers to create āsana classes that feature live music and mantra chanting. In 2010, Ian was one of the founders and is currently the Creative Director of ChantLanta, a charity organization that creates awareness of chanting and yoga practices through the annual ChantLanta Sacred Music Festival. ChantLanta supports both local and international nonprofit organizations, encouraging people to give their time and/or money to help others in a spirit of seva.

As a māntrika, Ian is constantly active in promoting the benefits of mantra repetition, both on a personal level and for the world as a whole. He facilitates weekly chanting circles in Atlanta and travels throughout the U.S. teaching the weekend Mantra Chant Intensives. He has also been called upon to lecture and teach on Sanskrit, mantra and chanting for Yoga Teacher Trainings. Most importantly, Ian continues to work on himself, further refining his own energy through his personal mantra practice, to become an ever more transparent vehicle for the Divine Grace that brought him here.

Using his sonorous voice and a variety of instruments, both traditional and modern, Ian serves as a channel for the energy of group mantra chanting events. He has been a musician for over 20 years and has worked in the music industry as a recording engineer and music producer. Ian is also an accomplished artist, specializing in abstract oil painting, who received a Master of Fine Arts degree from the University of California San Diego. Divine Grace intervened in Ian's life by providing a miraculous cure for a serious health condition, dramatically changing the trajectory of his fate and planting his feet firmly on the spiritual path.

Ian's first steps brought him to a local yoga studio where he met and began working with the kīrtan artist Clair Oaks, who helped him redirect his energy towards consciousness expansion. Ian began studying and practicing mantra in 2005 and continues to steep himself in both the esoteric philosophies of the discipline and the everyday applications of these potent energies. A Sanskrit Intensive taught by Vyaas Houston, founder of the American Sanskrit Institute, awakened and unfolded inner energy vibrations that had been dormant until that time, and Ian discovered that he had a natural talent to vibrate the sounds of this sacred language for the benefit of others, as well as the ability to put aside his own mind and ego, allowing the divine energies to flow through him unimpeded. The true essence of mantra was transmitted to Ian through the person and teachings of Śrī Karuṇāmayī, who embodies the energy of the goddess of divine knowledge and creativity, Sarasvatī, and she made clear his mission to help bring greater peace and love into the world through the practice of mantra. As his experience with mantra practice matured, Ian was called upon to begin teaching others, and in 2011, he manifested the first Mantra Chant Intensive.

In 2015, Ian embarked on a new phase of study and practice inspired by the teachings of the Buddha. The focus and clarity of Buddhist philosophy has been incorporated into his ongoing weekly chanting groups (the Medicine Circle and Chants for Awakening), and the richness of Buddhist mantra meditation has taken a prominent place in his workshops.